This book was *clenches fists* so cute. This is exactly the type of romance which leads you to have unattainable expectations for your own love life.

Synopsis (Goodreads): Danika Brown knows what she wants: professional success, academic renown, and an occasional roll in the hay to relieve all that career-driven tension. But romance? Been there, done that, burned the T-shirt. So Dani asks the universe for the perfect friend-with-benefits. When brooding security guard Zafir Ansari rescues Dani from a workplace fire drill gone wrong, it’s an obvious sign: PhD student Dani and ex-rugby player Zaf are destined to sleep together. But before she can explain that fact, a video of the heroic rescue goes viral. Now half the internet is shipping #DrRugbae—and Zaf is begging Dani to play along. Turns out, his sports charity for kids could really use the publicity. Lying to help children? Who on earth would refuse? Dani’s plan is simple: fake a relationship in public, seduce Zaf behind the scenes. The trouble is, grumpy Zaf’s secretly a hopeless romantic—and he’s determined to corrupt Dani’s stone-cold realism. Before long, he’s tackling her fears into the dirt. But the former sports star has issues of his own, and the walls around his heart are as thick as his… um, thighs.

Persephone: 5 stars. If Persephone appears, that means that the book was one of the best books I’ve ever read, that it holds a particular place in my heart and that it is now part of my favourite books ever.

Pheme: The goddess of fame, gossip and renown – This goddess is mentionned when a book has received a lot of attention and is praised by critics and the book community. She will be featured whether the book lived up to my expectations or not.

Iris– Goddess of rainbows. Nothing new here, we all know that rainbows represent the LGBTQ+ community so this Goddess will be featured whenever a queer relationship or character appears.

Athena– Goddess of wisdom, poetry, art, and the strategic side of war. I will feature the goddess whenever there is a BIPOC (Black, Indigenous, Person of Colour) because they are a symbol of resilience, strength and wisdom to me. I also want to put forth African folkore, myths and gods and since Athena is the goddess of poetry and art I thought it was fitting.

The best thing about this book is definitely Danika Brown. Yes full government name here because she deserves all the respect she can get. She is unapologetically herself, she’s confident and she doesn’t take crap from anyone. I love how caring and supportive she is towards her loved ones and how she has learnt to love herself and accepted the fact that she deserves the best in a romantic relationship. She’s a bisexual icon and a witch and I have never wanted to befriend a character so much in my life.

Then there’s Zaf Ansari, the cutest cinnamon roll ever hidden in the body of a grumpy and brooding man. Zaf has been through traumatic and heavy events in his life and he is still caring and is very in touch with his emotions. I loved that. Toxic masculinity? Never heard of it! That is very healthy and necessary in romance. I admire his caring and understanding self and I want to give him a big hug even if he would probably hate it.

Then there’s Dani and Zaf. Put the two together and you have one of the sweetest, steamiest and funniest romances ever. It was wonderful seeing them both falling in love and hiding it to the other for different reasons. The fake dating trope was magnificent in this book and I burst out laughing more times than I could count. I loved all the lingering glances and the small intimate gestures. I appreciated the emotional support they both provided and the healthy discussions they had. And the steamy scenes. Good lord. I have to say that this book was a lot more graphic and smut heavy than what I usually read but it really befitted the characters and the whole “friends with benefits” trope the story had going on. I had a great time reading it. *wink wink*.

This book was a quick read, a true page-turner and the author flawlessly dealt with grief and commitment issues. It was beautiful.

“The thing about mental health was, you couldn’t take a course of antibiotics and be magically healed. Some people’s brains just thought too much or felt too much or hurt too much, and you had to stay on top of that.”

Overall this is a great romance and I cannot recommend it enough!

Let me know what you think! 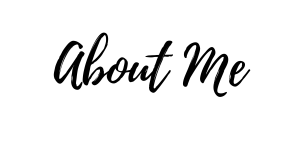 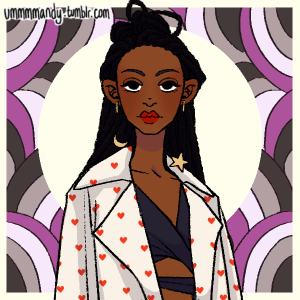 My name is Karla (she/her) and I happily read anything YA except horror. The enemies-to-lovers trope is the superior trope and I’m a sucker for any (fairytale) retelling. I’m also an #ownvoices reviewer.